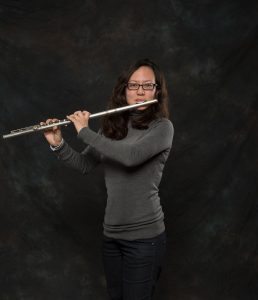 Angela grew up making music with her siblings, and playing in various youth orchestras, bands, and choirs.  She studied classical music at university and conservatory levels and performed with chamber and orchestral groups such as the Royal Conservatory Orchestra, the National Academy Orchestra, Toronto Sinfonietta, the Georgian Bay Symphony Orchestra, and with choirs such as Toronto Bach Children’s Choir, Georgian Bay Chamber Choir, and the Bach Elgar Choir.  Angela was a member of the contemporary chamber group Ardeleana Trio, and a fledgling group then called Shakshuka (now the Juno-nominated Jaffa Road).  Along the way she has collaborated with storytellers, poets, dancers, artists, singer-songwriters, and chamber musicians.

Angela works as an educator and music teacher, in schools, in community centers, and as a private studio teacher.  She is grateful to Bernard MacDonell for inviting her into an earlier version of this band so long ago (2008) and she has been exploring this traditional world of music since that time.